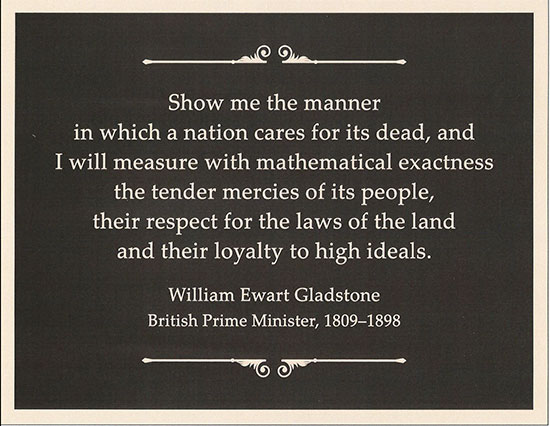 The Milam Family is a fifth-generation Alachua County family and has been involved in the Funeral Home business in Gainesville since 1965. We are proud to have provided quality service for the Gainesville Community at our downtown location since 1990, for the Newberry area since 1996 and the Alachua/High Springs area since 2000.

The building that houses our Gainesville offices was built as a residence in 1885. It was sold to Mr. Dewitt C. Jones, owner of a Funeral Home in nearby Starke, in 1926. Mr. Jones opened the Dewitt C. Jones Company soon thereafter providing Gainesville with a funeral home and ambulance service. Students from the University of Florida were hired to operate the ambulance service and provide assistance with funerals. They were provided a room upstairs in the funeral home, board and a monthly stipend.

One such student was Harold Johnson, recently discharged from service in the United States Navy. He decided to make funeral service his career. He left the Dewitt C. Jones Co. and attended Mortuary College at the John A. Gupton School of Mortuary Sciences in Nashville, Tennessee, and returned to Gainesville following graduation. In 1959, after several years of working for Mr. Jones as a licensed funeral director and embalmer, he purchased the building and business. He named his new business Jones-Johnson Funeral Home and continued providing the Gainesville community the same quality services they had become accustomed to, including ambulance services. In 1966, Mr. Johnson and Mr. Richard “Dick” Williams of Williams-Thomas Funeral Home decided to cease ambulance services and turned their equipment and responsibilities over to the county of Alachua. Mr. Johnson took George Hayes on as partner in 1967 and renamed the firm Johnson-Hayes Funeral Home. In 1990, Mr. Johnson and Mr. Hayes sold the business to a long-time employee of the Williams-Thomas Funeral Home – Marcus “Mickey” A. Milam III.

Mr. Milam joined the Army after high school and served as a paratrooper. Upon discharge from military service, he attended Mortuary College at Miami-Dade Community College and received his funeral director and embalmer’s license in 1968. He went to work for his father-in-law, Dick Williams, at Williams-Thomas Funeral Home in Gainesville and worked there until purchasing the Johnson-Hayes Funeral Home in 1990.

After purchasing the funeral home, Mr. Milam renamed the firm ~ Johnson-Hayes-Milam Funeral Home. In 2004, he renamed the firm Milam Funeral and Cremation Service to better reflect the services provided to our community. Our Gainesville location houses the Central Florida Crematorium and all cremations are performed “in-house”.