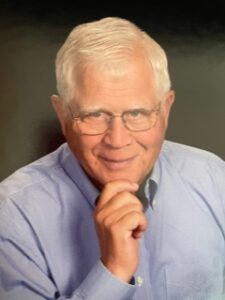 Donald Dean Balloon, 75, of Gainesville, Florida, passed away on February 24, 2022 after battling complications from COVID-19. Don was born in Wooster, Ohio on March 6, 1946 to Doris and Bill Balloon. He graduated from Wooster High School in 1964 where he earned ten varsity letters in the combined sports of football, basketball, and track. He was inducted into the 2nd Wooster High School Athletic Hall of Fame class in 1989. He then attended Ohio University on a track scholarship and graduated in 1968.

After graduating from Ohio University, Don taught elementary school physical education in Bexley, Ohio while working as an assistant track coach at Ohio State University and earning a Master’s Degree in Intercollegiate Athletic Administration. Don then served as head track coach at Central State University in Wilberforce, Ohio for two years. In 1974, he was named NAIA District Coach of the Year. In 1975, he moved to Orlando, Florida, where he began a successful career in sales. He always said there wasn’t much difference between coaching and sales…in coaching, you had to sell a team on your program.

In Orlando, Don met the love of his life Susan Hazen. After a love at first sight whirlwind romance, they were married January 10, 1976 in Gainesville, Florida and went on to raise three sons: Anthony Monroe, Robert Dean, and Donald Scott. After career promotions brought Don and his family to Atlanta, Georgia and Nesconset, New York on Long Island, the family moved to Gainesville, Florida in 1986 where Don resided until his death.

Next to his family, Don loved coaching more than anything. In addition to coaching at the collegiate level, he coached teams for his sons and later his grandchildren. During the last four years of his life, he coached two years of junior varsity and two years of varsity boys’ basketball at Queen of Peace Academy in Gainesville, Florida. Coaching these teams brought him great joy and satisfaction, and in 2019-2020 and 2021-2022 they were undefeated regular season champions as well as Kingdom of the Son champions.

When Don wasn’t coaching, he could be found on the sidelines or in the stands cheering on his children and then grandchildren in their various sporting and musical endeavors, as well as the University of Florida Gators. He will be greatly missed by his family, including his seven grandchildren who called him Pop-pop and especially enjoyed when he took them on golf cart rides around his home in Haile Plantation. He also enjoyed playing golf with his friends at Haile Plantation.

Don was a member of First Baptist Church of Gainesville, Florida and served on the Young Life Area Committee in Gainesville, Florida. In 2015, Don received a life-saving stem cell transplant at UFHealth that gave him seven additional years to enjoy life with his family and friends.

A Celebration of Life service will be held Saturday, March 5, 2022 at 11:00 AM at First Baptist Church, 14105 NW 39th Avenue, Gainesville, FL 32606. A reception at the church will follow. In lieu of flowers, contributions in Don’s memory may be made to First Baptist Church of Gainesville, Florida, www.fbcgainesville.net, Queen of Peace Academy, with “Coach Balloon” in the memo area, and mailed to 10900 SW 24th Avenue, Gainesville 32607.  Funds will be directed to the basketball program. Donations may also be made in Don’s memory to the Bone Marrow Transplant Fund of the UFHealth Cancer Center, Fund #000737. Make checks payable to UFHealth Cancer Center, noting in memory of Don Balloon, PO Box 100243, Gainesville, FL 32610-0243 or online at www.uff.ufl.edu/giving-opportunities/000737-uf-health-cancer-center/. Arrangements are under the care of MILAM FUNERAL AND CREMATION SERVICES 311 South Main Street Gainesville, FL. 32601 www.milamfh.com