Have a question or need immediate assistance? 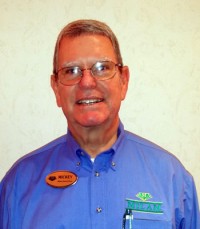 Licensed Funeral Director
Mr. Milam joined the Army after high school and served as a paratrooper. Upon discharge from military service, he attended Mortuary College at Miami-Dade Community College and received his funeral director and embalmer’s license in 1968. He went to work for his father-in-law, Dick Williams, at Williams-Thomas Funeral Home in Gainesville and worked there until purchasing the Johnson-Hayes Funeral Home in 1990.
After purchasing the funeral home, Mr. Milam renamed the firm ~ Johnson-Hayes-Milam Funeral Home. In 2004, he renamed the firm Milam Funeral and Cremation Service to better reflect the services provided to our community. Our Gainesville location houses the Central Florida Crematorium and all cremations are performed “in-house”. 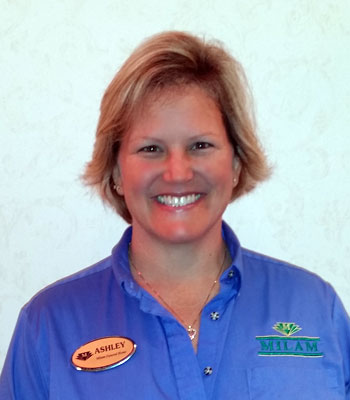 Licensed Funeral Director
In 1993, Ashley joined Milam Funeral Home as part-time office help while attending University of Florida. Over the next two years she became more involved in assisting with visitations and services. Then, after receiving her funeral apprentice license; she started working and learning directly under her father Mickey.
Ashley enrolled in St. Pete Junior College in 1995 for funeral service and in July 1996 she graduated from SPJC with an Associate of Science in Funeral Service. In 1997 she obtained her license from the State of Florida as a Funeral Director.
She moved to Newberry, Florida in June 2006 and became the FDIC at the Newberry Milam Funeral Home Chapel. In 2008, she moved to Plantation, Florida and worked with T.M. Ralph Funeral Home, another family owned and operated firm. And in 2009, Ashley came back to Alachua County and is presently the FDIC in Newberry, Florida where she resides.
In January 2015, as we were entering the 25th anniversary of Milam Funeral Home, Mickey decided to turn the reigns over to Ashley and semi-retired from working. He still comes in to work, and he handles all of our monument orders, and helps when the staff is busy. He is enjoying life and his family, after 50 years of working as a licensed funeral director.
Ashley has been the General Manager for the last fifteen years, and in January transitioned into the Chief Licensed Funeral Director. She has also enrolled in the Bachelor’s program at Santa Fe College, to earn her Bachelor’s in Business Management, and finished her first year of classes in April 2015. 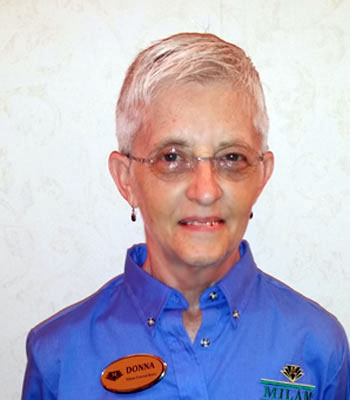 Family Services Counselor
Donna moved to Gainesville in 2002 after having worked for a funeral home in Canton, Ohio as office manager. She started with Milam Funeral Home as office manager, and when she was ordained as an interfaith minister in 2004, and was trained in grief counseling, she became the Aftercare/Grief Counselor for the funeral home, conducting grief support groups, and private counseling sessions with family members whose loved one had died.
As an ordained interfaith minister, she is available to officiate at funeral and memorial services and has served many families since 2004. She is also a Family Services Counselor, assisting with filing life insurance policies, and in making prearrangements. Donna has made Gainesville her home and outside of her career, she most enjoys being grandmother to her two grandsons in Florida and her granddaughter in New York. 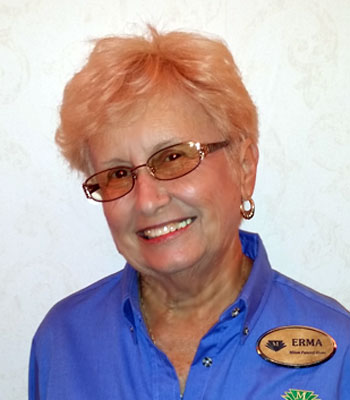 Office Manager
Erma, has training in cosmetology and in real estate. After retiring from North Florida Hospital Beauty Shop she found retirement was not for her and she met the folks at Milam Funeral Home and joined the team. She loves helping others and cooking and she collects cut glass and old small oil cans. She’s been married for 57 years and has two sons and six grandchildren and 11 great-grandchildren. 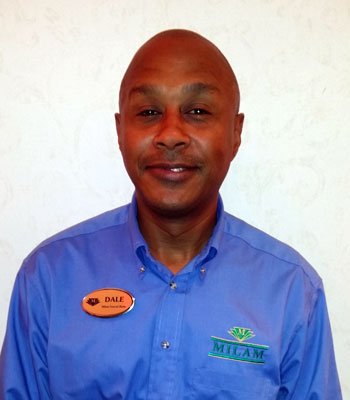 Associate
I am a lifelong resident of Gainesville, Florida. I graduated from Gainesville High School and attended Santa Fe College. I have been employed with Milam Funeral Home since 2008. I am a member of the Gator Exchange Club. My strong Christian faith helps me daily. 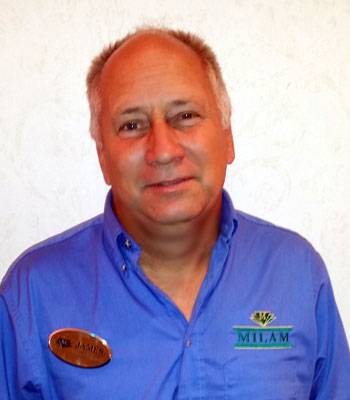 Associate
James moved to Florida from Columbia, North Carolina. He was the manager of Columbia Auto and Pawn Shop and owned a Jewelry factory. 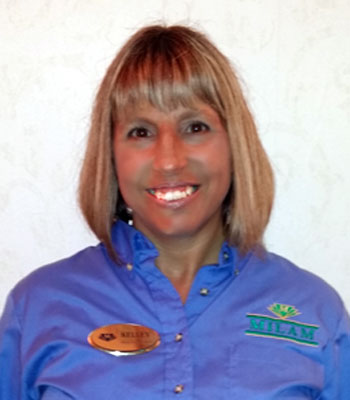 Associate
I am a lifelong resident of Archer, Florida and graduate of Newberry High School. I currently am attending Santa Fe College to pursue my mortuary science degree. I have been married to my husband, Wayne for 18 years and we have two children, Ethan (14) and Bethany (11).
I became interested in working in the funeral industry after working in Vital Statistics at the Alachua County Health Department for 10 years. I began working with Milam in January of 2013. I love working with the families and trying to make a difficult time a little easier.